At the end of the regular season and after the end of the playoffs, the second season of Little League All-Stars begins. CNLL participates in four available levels including 8-10’s, 10-11’s, 11-12’s (Majors), and 13-14’s (Juniors) and 15 – 16’s (Seniors). Each level participates in the District Tournament with the winner of the division advancing to the State Little League Tournament. The Major’s Division can advance from the State Tournament to the Western Regional Tournament to the Little League World Series played in Williamsport, Pennsylvania, and aired on ESPN, the ultimate prize!

Players 9 – 16 years of age have an opportunity to participate on CNLL’s All-Star teams. With over 1,000 players that participate in CNLL, you can imagine that the competition is stiff. Mandatory playing time for every player is still in effect. Sportsmanship, courage, respect, and character are pillars of CNLL’s All-Star teams and a “win at all costs” mentality is not tolerated.

How are All-Star Managers Chosen?

All regular season managers have an opportunity to become an All-Star manager by simply applying for the position. If two or more managers apply, a vote takes place and the manager with the most votes will be awarded the team. CNLL’s Board of Directors and other managers from within their Division can vote for the manager they feel will represent CNLL best.

Congratulations to the 2022 All-Star Managers for CNLL:
10U North – Angel Sanchez
11U North – Clayton Brady
12U North – Doug Brewster
10U South – Ed Kus
11U South – Dana DeHesa
12U South – Jason Howe
Best of luck in representing CNLL in this summer’s tournament.  Make us proud!

How are All-Star Players Chosen?

Chandler National Little League has an open evaluation where any player that plays in the regular season has an opportunity to attend the All Star evaluation. All-Star coaches and evaluators are present during the evaluation to provide the Manager with information and feedback to help choose the players that ultimately make the team. Please note that it is not a requirement to attend the evaluation in order to be part of the All-Star team. All-Star Managers have the daunting task of choosing the final players they feel will best represent the league and give them the best opportunity to win in a tournament setting. The Board of Directors do not have any authorization on which players will make the team.

How do All-Star Managers Evaluate Players for the Team?

By the time the end-of-season evaluation takes place, most All-Star coaches have an idea of the players they feel will fit their team and give them the best opportunity to win. Realistically, the Manager may only be looking for the final 4 or 5 players to make the team. The two to three hour evaluation gives the manager an opportunity to meet all the players they have scouted, run them through some drills, and ultimately finalize the roster.

What is the Time Commitment for All-Stars?

Managers, coaches, players, and their families have a significant time commitment to be part of an All-Star team. There is also a financial commitment that is necessary to participate. Many times, the commitment means canceling your family’s Summer vacation plans because the All-Star season could last up to 3-months. Teams begin practicing as soon as June 15th and generally teams practice 6 days a week leading up to the District Tournament. During the tournament, teams play 5 to 6 games over a two-week stretch with many games on back-to-back nights. 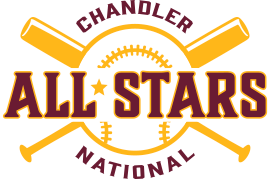